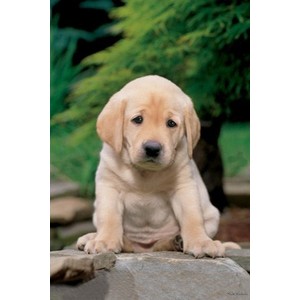 Women like pets, no doubt, but guess what they love more? To be petted. Get a little puppy for a lady, and she will cherish it forever. There is a popular saying that “dog is man’s best friend”. That may be true, but for women, it’s not. As a lady, I want to tell you that a woman’s best friend is straight male companions.

Every woman needs attention. If you are a guy, show me one woman that doesn’t need your attention and I will show you a woman that doesn’t love you. I have been in two or three relationships in the past, and the problem I have always had is that the guy keeps telling me that he is busy. The only group of guys that would always have your time come what may are straight male companions.

I have endured two heartbreaks, and I don’t think I am ready for a third. The first relationship I ever had was when I graduated from the university. I met this guy who worked with a telecommunication company. He promised me the world, and I dreamt of touring the universe with him. We went to the parks and beaches together, and he was always supportive of my career.

When I got out of the university, I joined a ballet school. From a tender age, dancing has always been something I wanted to do professionally. Sometimes he was the one that dropped me off at school, and I would hug and kiss him for minutes before pulling away to say goodbye. Saying that word, goodbye, with a wave of my right hand always burned my heart.

After months of rigorous training, I was finally selected to be among those that would make a public presentation on behalf of the school. We were over 100 in the class and being selected as 1 of the 15 dancers was a huge privilege. Finally, I thought I could dazzle in front of my boyfriend.

I couldn’t stop imagining how impressed he would be, the thrill on his face and all. Two days before that presentation, I called him to inform him about my upcoming presentation. Like I had imagined, he was very happy and shouted his congrats. His voice was filled with enthusiasm. Then I asked, “Tell me you will be there.”

“Ehmm…” he started, “I won’t make it. I will be busy for the next few days. My heart sunk. I dropped the call and wept my eyes out. On the day of the presentation I was standing in front of a humongous crowd clapping and cheering, but it made no difference because I know the only person I cared about was not there.  In fact, if not for the support of my friends and team members I would never have been able to make it to that presentation. After that show, I left him.

The second major heartbreak I had was just a year later. After six months of weeping over my ex, I decided to move on. I met another guy who seemed willing to sacrifice the world for me. He tried to be there whenever I needed him, and I was happy around him.

One day he invited me to a party. I decided not to go on time but to surprise him. 30 minutes to the due time I called him and teased that I would not make it and pleaded with him to pardon me. After much begging, he said he had forgiven me. However, I was shocked when I got to the venue to discover that he was dancing merrily with another lady. Before my eyes, they locked arms and kissed passionately.

It seems it is like men to disappoint you when you trust them the most. I decided to resort to straight male companions ever since because they are very loyal and will sell all their attention to you the moment you hire them.

As of the time of writing this short piece I have used 27 straight male companions. Since I began to interact with them, I had found peace, and I have stopped feeling like my life was tied around one person.