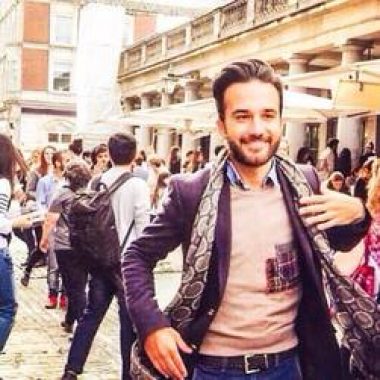 I started using companionship services like a year ago. I have read a whole lot of articles that talked about people using the service to deal with one problem or the other. Well, in my case I am a happy girl from a loving family. I am the first of two children. My younger brother is not always around though, but whenever he is, I usually enjoy his company.

Whenever he was not around, I always try to simulate his presence, and that was how I started using straight male companions. I usually hire whenever I would be at home so that we could idle around and chat. Personally, I love someone who is very funny like my brother, someone who would crack me up with every word.

My encounter last month was not less dramatic. My brother came into the country I was so excited. That evening I didn’t let him rest. I made sure he took me to a cinema to see “Black Panther”. We stayed out till late in the night when I noticed that his eyes were closing. While we took a cab home, he was dozing on my shoulder. I pitied him though, but, since he wasn’t always around, I had to get the best of him each time I had the opportunity.

I was already making a schedule for the amount of fun we would have before he travelled again little did I know that he was leaving the next day. When I saw him all suited up in the morning, my heart skipped.

“Where on earth are you going to?” I asked

He saw the disappointment on my face and could only mumble. Deep down I knew it was not his fault. But trying to spend time with my brother was not asking too much. I think that was the only day I hired straight male companions because I was depressed. The other times were plain to have fun.

My realization that straight male companions could be more than I thought came recently. I had hired a male companion, and we were scheduled to meet in the evening. Then, this job showed up. It was a tempting offer that I could not resist. That is one of the uncertainties that come with working on a freelance basis.