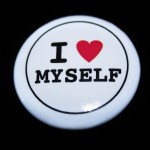 I remember when I broke up with my ex-boyfriend, I left with the feeling that my happiness had been taken away. I felt like the world should just end, because for long he had been the other half of me. After the breakup, I was lost; it affected my productivity at work and I was a shadow of my former self. Thankfully, I didn’t lose my job but I lost the very essence of my being.

I became very withdrawn from people my friends, family and coworkers, and even began eschewing social gathering. It just didn’t make sense anymore and I sorta didn’t care. However, it all changed rather amusingly.

I was at the mall doing some grocery shopping; I wasn’t paying attention, of course, an after effect of the breakup, and bumped into this guy.

I hurriedly said sorry like a bullet train, with the faintest of voice ever. What struck me was the way he handled it, he politely smiled and helped pick up my keys that had fallen on the floor.

He introduced himself as Ron, and with a bit of hesitation, I replied Laura. He had noticed where I worked from my key-holder and asked if I was a lawyer. My first reaction was to be difficult, but he had this ease with which he asked the questions not that I melted like the hot knife would butter, but something was different he seemed genuine. I answered yes, and in a bid not to be a snob, I asked what he did, and his answer shocked me.

He said he was a male escort and it shook me like a mild earthquake. I managed to gain my composure trying to no avail to hide my surprise. I have always heard about male escorts but for someone to admit it rather upfront like that was a new one. Somehow, I saw this as a good opportunity and exchanged numbers with him.

After some dilly-dallying, I made out time and decided to call him and ask for his fees. They seemed reasonable, and I booked him for a whole week. I wanted to see what could and would come out of it. And to be frank, it was a hit out of the park considering the sort of mood I was in before.

For some reasons, I wasn’t nervous about seeing him; in fact, I felt like a boss paying a man to do my bidding. Those seven days were needed, and I’m glad I yielded to my instinct to give him a call. He was polite, he was fun, and he listened as I ranted about my ex and surprisingly had the right words for my troubles. It helped that he had a psychology degree too. Well, I won’t go into the details of what happened; you know what happens in Vegas stays right there.

I have seen him on a monthly basis since then, with each time equally cool and liberating. What I love is the fact that I can be happy without any emotional investment and commitment, and he totally gets it. Today, I’m back to my best – my productivity levels have gone back to normal, I pay attention and I’m socially active again. Like Stella, this babe has got her groove back.