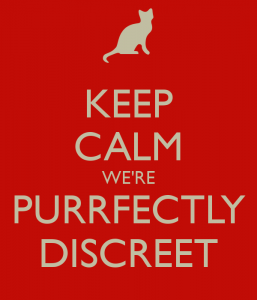 Because I admired this quality and because deep within me, I believed other male escort users use the same quality in picking their male escorts, I spent long hours in the gym every week trying to build my body. Even when I had health issues and my doctor warned me to stay off the gym for some time, I ignored him because my mind was set on the goal of getting the perfect body. I believed that was the only criteria to becoming a discreet male escort. I only took a long break when I got hospitalized.

Later that year, this male escort agency was recruiting discreet male escorts. I have been keen about the information, searching, waiting, preparing and when it was finally here, I was certain that with the feat I have achieved with my body – I had no doubt that ladies and gay guys would develop wobbly feet if I should be unclad and oil my skin. My rippling muscle was my charm.

On the day of the interview, I dressed my best in body hug. It was a deliberate gimmick to show off what I have. I imagined there would be very few intending male escorts that would show up, so my chance was high. How wrong was I. The venue had close to a hundred intending male escorts and the agency made it clear they will be taking just a few. My confidence deflated immediately and I could see Goosebumps on my skin. I never planned for this and I was desperate to get on the train.

Like I anticipated, body was one of the key criteria and so many people where sent packing on that grounds without making it to the oral interview. As I waited for my turn to reach, so did my anxiety grow. My face became all sweaty and I didn’t come with even a handkerchief to wipe them off. It was one of the worst summer moments for me.

When it got to my turn, the interviewers instructed me to take of my body hug. I did and they smiled and nodded. They now went to the oral interview. They asked me what I knew about male escort and my motivation. As the questions rolled out, I discovered I spent so much of my time in a one-third preparation.

What I understood was that a good discreet male escort agency was keen on determining the mental stability of their male escorts. Motivation appeared to everything in this job and, I guess every other job. If driven by a wrong motive, a male escort can put the agency they are under in disrepute and no one will want a mud on a name they took years to build. I also noted they evaluated my choice of words and how fluently I spoke. It occurred to me that with a fairly good body one can actually become a male escort if they work on their voice and speech.