If you don’t have money in our society today, you are nobody. For a woman, if you have too much of it, 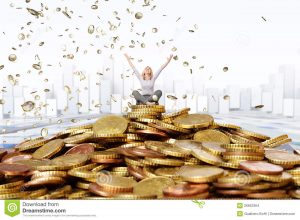 you are in a serious trouble. This societal stratum and the way the society defines what we should do and what we shouldn’t is sickening. I often have the feeling that women are the loser in all of this.

My name is Melissa. I used to have a loving boyfriend. We have dated for close to four years before I got a job with a company that deals with oil and gas. The memories of the good times we shared still bring tears to my eyes each time I spare a minute to think about them. I used to be his baby; he would carry me around the house and tell me all kinds of silly jokes that we end up laughing too.

His demeanour took a swift turn when I began earning more than him. He no longer came around as frequent as he used to. Then, when he comes around, he is isolated and resists my touches like a caterpillar curled up in its cocoon. I tried so hard to understand this sudden change without success. If it was what I have done, I was ready to apologize. One day he opened up and what he said got me wondering. He said,
‘You are rich and I know very soon you will find my company useless because more rich guys will come for you’.
It sounded absurd and meaningless to me for him to think that I will just abandon all we have shared. It came to a point where it became obvious that I had to choose between him and my job. Hell No! I have dreamed and worked so hard to get to the point where I was and I am not letting go of anyone. I let him go.

I mourned his absence for over a year before I convinced myself that the world has not come to an end that I need to try again. I met Frank in a nightclub on Friday. I have a favourite club I go to shake off the week’s stress. Frank was also rich (although I was richer), he was a consultant of a law firm and he dresses really cute. I don’t know what really attracted me to him but we began to have fun in the club every Friday; we would drink and dance then wave each other goodnight.

Things went well for a while when Frank and I began to date but all of a sudden, he became jealous of my success. He wanted me to submit to him, give him the account of all my earnings and began to restrict my movement like a jealous teenage lover. At first, I tried to comply because I really loved him but as the list of restrictions grew, I refused to be his puppet. We had a terrible fight one day that left me with a black eye and also ended the relationship.

No more relationships I told myself after that episode. I settled for male companions each time I felt like having a male around to quench my burning desires. The male companions I have hired do not care if I have a boyfriend or not. They don’t care about my money. Male Companions just treat me like a woman which is all I have ever wanted from a man.