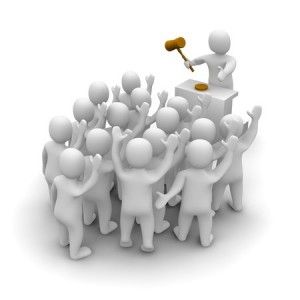 We all have dreams which we aim to achieve within the shortest possible time. Some get there in a year, others in ten or more. I predicted mine would take me about 15 years to achieve. When I joined men 4 hire, I was amazed that I achieved the same feat – and much more that I never predicted – in six years.

My name is Hilary, and I joined men 4 hire service roughly eight years ago. I have read other guys in the escorting service share their flowery tale of how they entered a boundless romance with the industry. In my case it was different. I have been written off from becoming anything useful in the society. Men 4 hire was the only option available to me.

I think I should tell you a few secrets about myself here. I am the child of a single mother who really didn’t have time for me because she was chasing her own dreams. I grew up working in places you can only imagine (don’t ask me questions about that).

I hoped to get married before I turned thirty. Many people look at me now and call me Mr romantic, but I wasn’t like this before joining men 4 hire. I was so timid that I couldn’t even initiate or sustain a discussion with any female. I was so boring that many people didn’t want to have anything to do with me. You can imagine how I intended to get married when I didn’t even have a girlfriend.

It was out of annoyance that I left my mum’s apartment. I didn’t really have a destination in mind. I was only certain that I deserved more from life and I was determined to get more from life. I have discovered that the most successful people in life are not really the most intelligent, but they are the most determined – without a doubt.

Sometimes, guts come from desperation. When all is well, you are relaxed, but when faced with a dare situation, you will be surprised at where the courage would spring from. I was in a park, and it was getting dark. I knew if I did nothing I would probably sleep in the street. It was winter and everywhere was chilly. That would be suicide I told myself.

I stood up from a wood bench that I sat and went to meet one of the guys that sat alone admiring the stars with fondness. He wore a black leather tuxedo which I found appealing.

I opened up, and in less than ten minutes I have summarised my life’s story, ending with how I arrived at the park. He sighed when I was done and told me he would help me. Fast forward to six months later, he had introduced me to the men 4 hire service and had helped me get trainers. I trained mentally and physically.

It was really tough, but determination kept me. Fast forward to my first client, I was really nervous, but the guy that helped me in the park did a lot of convincing. We all need pep talk at some point in our career.

I would love to mention that I was 23 years then. I guess it was enough excuse to be afraid and uncertain about life. My client was a little older. But I quickly realised that in men 4 hire age was of little value.

I was so proud of myself. A young lad that could not talk with a lady a few years back was here making a client crack her ribcage with laughter. I didn’t need an examiner to tell me that my client was satisfied with my service. It was so easy, unlike the way I imagined it. The feeling was comparable to a date.

Fast forward to seven years, I am engaged to a lovely young lady, and we are making plans to tie the knot before the year runs out. I have also gotten my mom a better apartment. All these wouldn’t have been possible if not for men 4 hire services and my bold uncertain step.