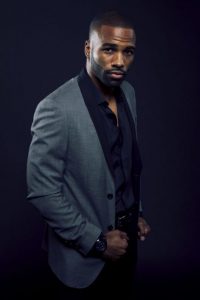 In times past, some of the blacks who happened to serve as escorts were treated more like slaves. They happened to be treated as servants and only served the role of an escorts most likely on outings, public functions, and the likes.

In my case, I had for a while, developed an interest in working as an Escort once I got to Canada, I for one knew what privileges an Escort stands to gain while working over there. I also knew the level of exposure the training as an Escort would give one.

I was sure that for Black Male Escorts, the case would be somewhat different. I mean, there would be for sure, challenges that would be faced because of my race. However, I was determined to make a difference, and against all the odds, I had my mind made up to scale through them as they come.

Getting into an escort agency was quite difficult, probably most of them were not in need of Black Male Escorts at the period I applied, but at long last, I got hired, and soon enough I had a job to perform; my very first job.

As expected, the client was white, and I prepared myself in all ramifications to perform all the tasks required of me. Before the first meeting with the client, I had been briefed with the entirety of the client’s needed data.

I then realized that on the client’s part, my data had been left out, probably intentionally or not. I did not feel insulted by the question though; I knew it was as expected. The manager then properly introduced me to the client as the escort he would need throughout his stay in Canada.

My client, Mr Wills was on a business trip to Canada for three weeks, and he happened to travel down with his family, a wife, and two kids. I was to report to the Wills’ residence every morning; I was also to act as the family’s driver and tour guide as well.

The first day I got to the Wills’ residence, I encountered my first challenge, I greeted the man of the house, Mr Wills and he responded accordingly. However, when I greeted his wife and the kids who happened to be quite grown up, the response was cold, and even one of the kids gave a scornful look, mumbled some abusive words and walked out on me.

This cold treatment continued for some days until a day when I was working in the Wills’ residence, cleaning Mr Wills’ car to be precise. When I got a call from home, the caller happened to be my very close friend, with whom I conversed in Pidgin English anytime we had the opportunity to discuss. My voice happened to be quite loud because I was glad, because someone who I was long distanced from, had called to check up on me. I spoke for quite a while; say close to five minutes. I had no clue that one of the kids had developed an interest in the genre of English I was speaking. It would seem to this particular kid that this was the universal language of Black Male Escorts.

After the call, I was immediately approached by one of Mr Wills’ kids who demanded that I teach her the basics of the language, probably in a bid to show off to her friends at school, I agreed as I saw this as an opportunity to warm my place into their hearts. The next day, I had two students, Mr Wills kids to be precise, instead of one, the first student had most likely told the second one about this newly heard language. This teaching continued for quite a while, and the mother noticed her kids had taken a liking to me, I guess she had no choice than to adjust because I noticed she became quite friendlier.

I not only taught these kids my language, but I also used the opportunity to share tales of my culture and heritage, and for sure, I learned about theirs as well.

Soon, their stay in Canada came to an end, same applied to my job with them. Surprisingly, I had developed a bond with the family, and I was not amazed when I got some gifts from the family. I concluded that if Black Male Escorts in this land could perform duties required of them, the sky was just the starting point.