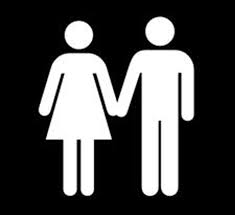 I foresee a New Year filled with straight male escorts and the thought is already making me excited about the coming year 2018. I was speaking with some of my friends on what they plan to do in 2018, and I was surprised that many of the echoed what is in my head; to consider straight male escorts opportunity.

I may not know the reason why they are contemplating that, but for me, it is the love that exists among escorts that are drawing me to that line of work. I have had a stint with escorts in the past, and I really enjoyed the experience.

I recall the first time I came to America. I had just arrived from Canada on a quest for greener pasture. I didn’t have any relatives in America or a friend so blending in was a bit of a problem. And Canada is nothing like America. At home, it is easier to make friends, but here, it seems like everyone is suspicious of the next person.

Americans may not really understand what I am saying because they must have gotten used to it neither will anyone who has never been to America understand. I am an introvert, and this made blending in worse for me. I spent a few nights in the hotel on arrival but could not sustain it because my life savings was fast depleting so I started looking for an apartment.

Since I didn’t know about the neighbourhoods, I desperately needed help. I wanted a safe neighbourhood with a low crime rate, but that is life so that I wouldn’t feel like I am living in a graveyard. I tried to stop random strangers on the street, but most of the time I got the stare that said: “Will you fuck off!”

One evening I was returning to my hotel room from a casual outing when I ran into a group of guys (five of them) walking and discussing. Their attire was attractive, and they looked frosh in them. I would later realize that they were straight male escorts. I approached them with scepticism. I already prepared my mind for rejection.

To my amazement, they were welcoming. They listened to me, and each one of them wanted to contribute in one way or the other. They took my contact, and by the next day, I got several beeps to come and see one home in one area or another to see if I liked them. I was surprised because they defied my mental conception of America which has further been solidified by the weeklong experience.

I have observed the way president Trump is seeking stiffer immigration laws. From the New Year and beyond, people from other countries may increasingly find it difficult to gain entry into the United States. President Trump may not realize it, but his sentiments towards people from other parts of the world are trickling down and poising the minds of Americans.

In the New Year and beyond, those who are lucky to gain entry into the United States will definitely find it more difficult blending in. I guess they would need more straight male escorts to help them since American citizens may not be willing to help.

This means more business for straight male escorts. I don’t know if my friends who are making considerations on joining the escort industry are thinking along this light but what I do know is that 2018 would be a great year for escorts. I am still struggling my bills, and anything that will help me increase my earning is a welcome development.

I would like to return to Canada someday, but I cannot go back empty-handed. I want to have enough money to enable me to start up something when I return to my country.