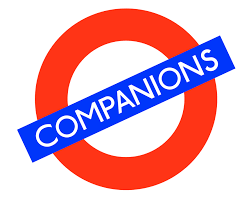 As you become older, the world becomes a very difficult place to stay. If I recall the way boys used to hover around me seeking my attention, I will feel like crying. Having male companions was a service I got for free. Those hay days are over. Most nights now, I roll on my bed wishing a hand would hold me and squeeze me. My name is Kyle, and I am 46 years.

My mum was a single mother, a very strong woman. She narrated the story of how she got into an affair with my dad when she was a senior in high school. My dad – whoever he was – had sweet lips – according to my mum – which made her fall face-flat for him.

My dad promised to move heaven and earth for her, and she became loose towards him because of the love she had for him. My mum was 18 then, and my dad was 20. After several months of lovemaking, my mum took in. When she shared the supposed good news with my dad, he was repulsive about it.

He suggested that my mum should get rid of me. Whenever I think of that – that my father wanted my mother to get rid of me, I feel a knot in my tummy. I wish I could find him and put a bullet through his skull. My mum struggled through college trying to protect me and had little support from her parents who thought her to be wayward.

I am glad to be alive, and I forever cherish my mother for her bold decision. Right from when I was a little girl, I used to have male companions from the neighbourhood who came around to play with me. My mum was worried which made her tell me her story. I vowed never to go through the same pain as my mum.

As I grew older, the number of male companions also grew including those that admired from a distance. It was pretty difficult for me keeping them at arm’s length. Some of them wanted me to start something serious with them, I mean a romantic relationship but I was too scared to do so.

When I turned 18, my mum told me it was OK to start a romantic relationship but that I should not trust too easily. I couldn’t trust at all. Each time I want to get intimate with a guy, I would recall what my mum had to go through during those days, and I would quickly raise the barrier.

At 27, I had grown fond of having guys around me that it became difficult to imagine not having them around. Ten years later, the male companions that surrounded me when I was younger barely came around anymore.

I had a good career ahead of me which took most of my attention, so I rarely had time to think about them. The office pressures and the constant quest for relevance and promotion kept me occupied. Fast-forward to when I was 44, which was also when I resigned so that I would have more time to take care of my ailing mum.

My mum became my only companion. I enjoy chatting with her and listening to her numerous advice, but there was still a yearning for male companions that she could not fill. I called a few of my male friends to come and visit me, but they had one excuse or the other. The majority of them were now married with kids.

My search for male companions led me to an agency that advertised me for hire.  I hired this middle-aged dude who had the kind of physique that would make any lady melt. He was very nice and made me relive my youth. We had absolute fun – let me not bore you with the details.

I wish I can always hire them, but I also have to take care of my mum who was in the hospital most of the times. I used to regret not getting married or having children but since I discovered male companions services, I stopped regretting and started enjoying my old age.