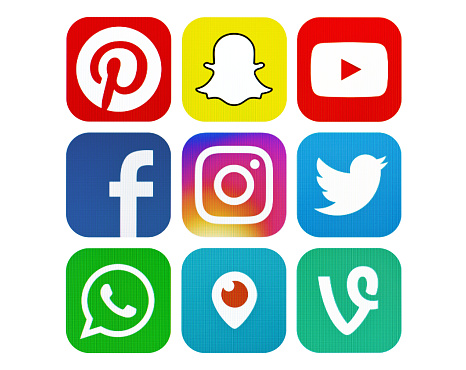 Instagram, Facebook, Snapchat, and Whatsapp are some of the social media that have stolen the heart and time of the majority of the youths in the twenty-first century. I have friends that spend close to fifteen hours every single day chatting and updating their status on the social media. Irrespective of the madness, you will easily discover that it is still not strong enough to replace male companionship.

At a point in my life, I was probably worse. I spent countless hours nibbling at my phone, looking for companion and acceptance. I will slip into this and that group and drop a controversial comment that would attract trolls. It was fun courting controversy on social media. The attention usually gives me a burst of dopamine.

I have always known about male companionship service, but I still could not understand the point of such a service when I have all the friends I want on my palm. All I needed was an internet connection, and I could link up with whoever I wanted irrespective of the part of the world they reside. I have begun to look at the idea of having companions only from your geographical location absurd.

Well, looking back, I still think it is OK to make friends from all around the world. We need that inter-relationship to make the world a peaceful and safe place to live. But I now have a different view of social media. At a point in my life, I had close to three thousand friends, but I still felt empty. I couldn’t point out exactly what was lacking. But I think I now know why.

Rewind to a year ago, I had stopped being regular on social media. I had a complication that left me on the hospital bed for months. The last post I dropped was a picture of me on the hospital bed. I enjoyed reading through the outpouring of love on the comment. It made me feel special. However, after spending months in the hospital and being offline none of the thousands of friends called or came around to check on me.

When I finally came back online, I discovered that most of my friends had gotten a new follower. I was discarded like I didn’t matter. It was sad and painful. My posts didn’t get much likes and comments as it used to. I tried and tried, but it only made me more frustrated. I gave up.

I started to look for male companionship outside the web. Since I didn’t have many real friends except the virtual one, I was lonely and depressed most of the time. After living long solo months without a male partner, I became desperate. It came to the point where I was ready to pay any guy that was ready to keep me company.

It was during this desperate search that I found male companionship services. I was delighted the first time I hired, and the guy arrived at my house. First, he had all the qualities that make me weak in my knees. Secondly, he was outgoing.

It was all fun with him. He took me to several parties and gatherings that helped me to meet and make real friends. There is this warmth you get when you are around real people that you cannot get any matter the size of the virtual friends you have.

I have met a lot of great guys by using male companionship services. I also met this guy that has been crushing on me. I have decided to give him a chance. We go out now and then and have a lot of fun. It is a great feeling that cannot be explained. You need to experience it to be able to understand what I am talking about.

I no longer seek for male companionship through social media because it dawned on me that most of the guys there are either married or in a serious relationship and would rather flirt online to prevent being caught. I am also not getting any younger. I will be 27 August next year, and I am beginning to think, “Maybe it is time I get married and raise a family of my own”.