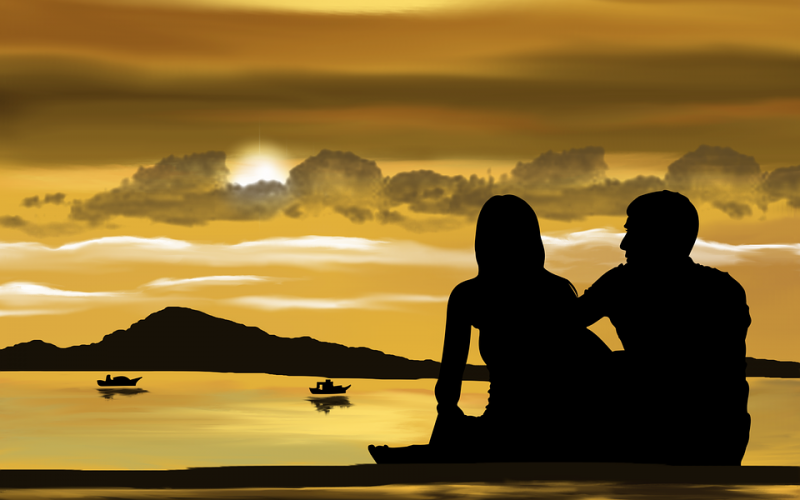 My name is Aliyah. Something happened to me last Christmas, and I would like to share it with you guys. I probably won’t be here telling this story if not for male companionship. I was broken by the experience and would have done something bizarre.

The euphoria of Christmas begins to reach crescendo for me from the twenty third of December. I had just returned from the mall where I went to get some groceries when I saw another girl sitting on the lap of my boyfriend. His hand was searching her body in a carefree manner. The message on her face was that of ecstasy.

My eyes became wet with tears. They were so engrossed in themselves that they only noticed my presence when the plastic bag slipped from my fingers and fell on the floor. The paused but remained glued to each other. My boyfriend turned and stared at me. The look was that of a stranger rather than remorse.

The way he looked at me, it felt like we have never known each other before. I stood there batting my chin with tears, and he didn’t make any move to console me. After a few minutes, he dropped the bombshell,

“I have been trying to tell you for a long time, but you were not listening. I lost interest in the relationship long ago. You can keep staying with me if you want to.”

I sprawled on the floor and cried myself hoax. Maybe his conscience began to prick because he walked towards me and tried to lift me off the ground, but I waved him away. After crying my heart out, I got up and packed my stuff and left the house. While others were enjoying their Christmas preparation, I was reeling in heartbreak.

I called my friend Kate, and she said I could come around. I went to her place. As soon as she opened the door and I caught a glance at her man doing the dishes, I began to cry again. She consoled me and did all she could but I knew what I wanted was male companionship. Guys and girls have different ways of handling a problem. Although both are needed, one is always better than the other in some instances.

By the end of the day, I was pretty sure it was going to be a terrible Christmas for me. On Christmas Eve, Kate went for a Christmas carol. She did all she could to convince me to join them, telling me how it will be of benefit to me but I declined.

First, I knew that without male companionship, that event would turn out boring for me and I didn’t want to go dragging her boyfriend with her. I felt really bad about what that bitch do to me, snatching my boyfriend and I wouldn’t want to do the same even to an enemy.

“What can I do to make you happy?” she asked looking really concerned.

I looked at her face, and for the first time, it dawned on me the amount of pain I was making this innocent lady go through as if she was the cause of my problem.

“All I need is male companionship”, I said.

I looked at her and saw her eyebrow rise the moment I said that. She nodded and left. I began to have mixed feeling.

‘Has she misinterpreted what I said? Probably she may see me as a rival that may snatch away her boyfriend’… these and many other thoughts ran through my mind.

As they left for the carol, I called up another female friend, Lizzy; my intention was to leave the next day if I ever sense that I have been misinterpreted. I was glad that Lizzy gave me her nod to come and stay with her. she was also feeling lonely and could need a companion for the Christmas.

Kate came back with her boyfriend late in the night and was acting normal. The next day, I was surprised when Kate led a cute looking guy to my room telling me “this is the male companionship you asked for”. I was excited and confused at the same time. I can never thank Kate enough. Lt me leave you to imagine what happened throughout the day.