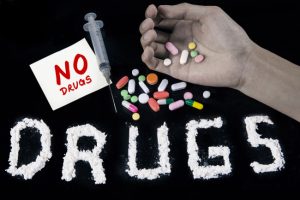 Vice in the City: Male Escorts and drugs

In the wake of the Maria Sharapova failed drug test brouhaha, I’ve been thinking about drugs and its uses in this business. The use of crystal meth, methedrine and GHB are not uncommon. This is not a moralistic post, rather, a balanced look at why drugs are used during calls, the effects, and implication of drugs use on male escorts. Of course, the use in question is at the times of service with the clients. Another recreational use or lack of is not within the purview of this discussion.

• Boost Confidence: Sometimes, the female clients are not able to go on with their initial choice and need the use of a stimulant to make them bold. This usually occurs if the female client is new.
• The catalyst for better sex: The thing is this, some women feel because they’ve paid a substantial amount of money means they must get value for me. So they believe adding that extra stimulant would make it better. Heighten some parts of the brain activity and the experience is different. They want it va va voom.

• Habit: the fact is for some, it’s just habits. They are junkies and it’s only natural for them. And offering a male escort some joint while on a call might put that male escort in limbo especially newbies.

• Health Issues: There are obvious health hazards associated with the prolonged and consistent use of drugs. One of such is an addiction. Of which has a snowballing effect on other areas of life. Low productivity, mental issues, dependence on the drugs, become a risk to others as emotions are no longer in check. In some cases, addiction leads to overdose and can lead to death. This is not a fear tactic, it is a reality.

• Reduced calls: I mentioned above that drug’s use can reduce your productivity over time. Another seething effect is that it inevitably begins to show physically. And we all know our physique is our book cover, the primary yardstick on which we are judged. A nosedive in this and people begin to question. You turn up looking totally different from your profile and the alarm bells start to ring.

Don’t worry, there’s no call to action to repent here – we are all adults. But a little common sense will suffice. Know when and how to say no as Straight male escorts and don’t go around offering clients what they’ve not asked for except its part of your male escort bag of tricks. Is there any moral lesson here? Perhaps! I would just wish you’ll prolong your male escort career and have a good healthy life while at it. It’s all we care about at The male Escort Agency; your success and safety. Join us today and be part of an agency that cares.