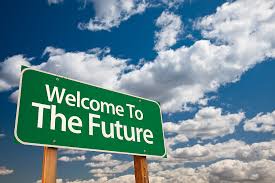 My wish list for male escorts in 100 years time

Recently I contemplated creating a profile on LinkedIn with my job title boldly written as “Male Escort”. Of course, I didn’t. I just concluded nothing can be borne out of it anyway – perhaps if the desert dryness doesn’t chase me away, the admin of the site could as well take my site down like a Denis Rodman’s music career.

However that is, it only goes to show we have a long way to go. Ideally, nobody should take any moral high-ground about what two adults do conscientiously but hey, we live in a messed up world where “your sin is greater than mine” seems to be the order of the day.

Out of my frustration, I started imagining if things will change down the line – perhaps in 100 years (that’s the year 2116) when I’ve taken my male escorting to another realm. But seriously how can one think so far down the line? Beggars belief right here too.

What will you classify as a positive change? Personally, these are the things I look forward to:
• Not being called a prostitute: this is getting old really, and I hope in 100 years that would have been thrown into the abyss with no chance of rearing its disgraceful ugly head. Perhaps those who continue to interchange the words don’t even know the meaning – 5th-grade dropout.

• Open association: the relatives and friends of over 80% of male escorts don’t know that’s what they do. You’ll be tagged an outcast once you come clean to them; again part of “your-sin-is-greater-than-mine” brigade way of thinking. I envision that number to reduce to less than 50%. Perhaps people would have learnt to mind their business.

• Male Escort in the constitution: Maybe I’m being overly optimistic here, but hey I’m a half-full kind of guy. Not asking for much, just a bit of protection for everyone in love. A proper regulation of the activities. Might not look like it’s happening now, but someday it will (I told you I’m the half-full kind of guy).

• No longer a taboo: for some reasons, if you heard an aspiring female president has once used a male escort  through The Male Escort Agency while she wasn’t married; would it affect your decision about that candidate? (It’s okay to pause and think about it.) Despite not having any justification, your instincts would still be that she’s wrong. There’s just a fundamental problem and hopefully, time will change it.

• Male escort schools and professional bodies: yes I went there – male escorting requires skills. Everybody deserves to be equipped for what they want to do. I imagine a big institute of escorting for both male and female. Ah! That would be good times.
Okay, there goes my wishful thinking. I’m sure some of you have other things in mind. Feel free to share with us in the comments section.