When I joined gay male escorts few years ago, I discovered that there were lots of opportunities in the field but it astonished me that each time I perused through the agency’s new male escorts, the straight and the bisexual gay escorts always dominate in the list of new recruits. For a long time I have wondered why it is so, why they will choose to go into a field that is already saturated rather than trying to conquer a new fertile ground that is full of opportunities. With my knowledge of elementary science’s problem solving approach, I decided to conduct an interview with all the male escorts in the other categories to know why they choose the field they ventured into.

The first person I interviewed was Mike (not real name). He was huge in frame and had an intimidating height that dwarfed my presence. Mike was only a month in the male escorts business and like many new intakes, he was enthusiastic and was eager to know as much as he could about how the entire system works. So, when I proposed an interview, he was excited to grant it, knowing that I had wealth of experience in the business.

‘I am fine,’ he replied. ‘It is a great honor to be interviewed by you’. 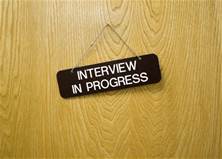 We began to talk about his challenges so far and how he has been coping with clients – I didn’t want to throw the question straight at him to avoid unbiased response so I allowed him to talk freely and loosen up. When he told me that his challenge was that he was not getting enough clients which meant that he could not still pay all his bills, I saw the open gap to throw in my question’
‘But you can join the gay male escort agency. There are lots of clients coming for them, male and females alike’, I said.

He grimaced. ‘I don’t want to be known as gay in the public. It is embarrassing. I guess you know what I mean’.

To be sincere with myself, I had no idea of what he meant by that but I just nodded so that the conversation can continue. My next interviewee was a great guy, Ted (not real name). I have known him for a long time. First from a distance because we usually boarded the same train to school, then, we became course mates in the university. Ted always told me he admire me a lot and for that reason, anything I did and succeeded, he would attempt to do too – that unofficial contest we engaged in back then followed us to adulthood.

When interviewed Ted, like I did with Mike, I did not throw the question directly but allowed it to come naturally. He was a straight male escort. When we chatted for a while, I noticed he had the same problem with Mike which was low client. Then I threw my magic question. He shuffled in his chair for a while before telling me that if given the option to start all over again and choose, that he would go for gay male escorts.

One thing many male escorts do not realize is that there is no legal binding restraining you from shifting from one male escort to another. Let’s say I am a straight male escort today and things seems not to be moving as I expected, nothing stops me from switching to gay male escort or bisexual male escort. The first consideration when you intend to join male escort services is to check for where you will be more relevant. Every other thing is secondary. If you begin your consideration with sentiments and ethics like my friend Mike did, then you will get bored in the shortest possible time when the money fails to come.
Being a gay male escort does not mean that you must have sex with all your clients. Majority of them will only need you to follow them to one event or the other which means that you must not be gay to be a gay male escort. It all depends on how you dialogue with your client.