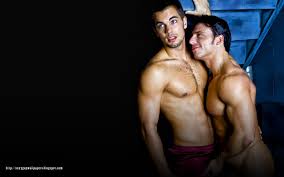 An escort can be said to be someone who carries out escorting activities to clients in need, an escort can either be male or female, and both have equal chances and prospects in the escorting world. Gay Male Escorts is a sub-category of male escorts. They are simply gay males who carry out escorting services to clients who need them.

The only difference being that they are gay by sexuality, nothing really hinders them from acting out as escorts. In times past, gay males have been faced with challenges as regards their sexuality, their nature as gays have usually prevented them from chasing their career to the fullest, this can only be done when their sexuality is not made known or proclaimed. Nowadays, with the acceptance of gay males in some parts of the world, they now have the liberty to chase their chosen career path to the fullest, without the fear of rejection.

With this, it is necessary to note that Gay Male Escorts have equal chances of being a successful male escort with their straight male counterparts. Although, there could be slight differences in their work activities. One being, the kind of clients they attract. Gay male clients would for sure prefer Gay Male Escorts; they feel the sameness of sexuality would make their work-relationship more understandable and fruitful. These escorts can also be hired by straight clients, be it male or female. Indeed, the escorting world is a levelled playing ground where everyone has equal chances of making it.

Now, there are certain qualities which Gay Male Escorts must possess to stand out as escorts. One of them being well-groomed. This applies to both independent Gay Male Escorts and escorts who are working for an agency. To be a successful Gay Male Escort, one has to be well thought of the very art and skill of being an escort; you must know the necessary things involved, the technical know-how amongst others. One thing clients are usually attracted to be escorts who show a level of professionalism in escorting services. They are usually drawn to them, and there is usually a high possibility that they would come back if they are in need of escorting services.

Also, Gay Male Escorts need to be ready to give all it takes. The commitment level needs to be high. This goes a long way in determining how successful the career path of an escort would look like. Gay males who are lazy by default, should not even consider going into the escorting world, as it is not for lazy people. There are times when you can be called upon anytime- this goes for agency escorts, you would have to respond quickly whenever your escorting services are needed. Laziness is a habit which must be ditched if one wants to become an escort. Commitment pays in the long run as it is responsible for the edge which some escorts have over others.

Again, the rules and guidelines guiding an escort must be imbibed by Gay Male Escorts. For an escort, the basic rules are staying safe and remaining confident about your chosen career path. It is important that safety is maintained for you and your body- health wise. It is important that your clients are screened thoroughly, their health status must be known and verified by a reputable hospital or clinic. You as an escort would not want to come in contact with a client who has a particular disease; this could spell the end of one’s career. Also, saying ‘no’ to an escort is not a bad answer, especially when you are an independent escort. The necessary boundaries must be set and known to both parties before escorting services commence.

Lastly, it is needed that Gay Male Escorts, display the right kind of personality. You must not be someone who trades words. One might have to be firm and not rude. Also, interfering in a client’s personal life is not advised, except in cases where the client needs you to contribute. Gay Male Escorts who stick to all the tips above, would have little or no issues.