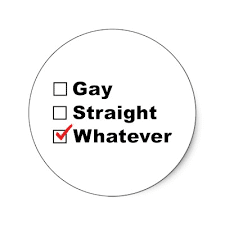 Several years ago, gays were hunted like wild animals in the forest, maimed or subjected to other forms of inhuman treatment. Gladly enough, that era is fading away. People can now be proud of their sexual orientation in the public. I don’t really relate much; the kind of laid back person. Don’t get me wrong, if you approach me and want to talk we would, but I rarely start the discussion particularly as it regards to male escort because I don’t know how exposed the person listening may be.
I took time to relax one summer in an attempt to socialize and familiarize myself with the neighborhood. I moved out of my old apartment because it was too noisy. I like a quieter environment where I can meditate and think about my job without being disturbed. I want a place I can be a male escort without anyone knocking on my door for interrogations. But, no man is an island; we all need people around us sometimes. Secondly, I get very nervous when the people around me begin to suspect my line of work. In the past two years, I have moved up to five times because of this reason.
I have been a gay male escort for close to three years now and inasmuch as I don’t have all the experience in the world, I am not also a novice. I know that you have to be in your best of mood to be able to work effectively as a gay male escort.
This new neighborhood is different; I can feel it from the way they interact and all. I cannot find the right words to explain it but I just feel it. as I walked around, I passed some boys who talked freely about their work as male escorts, male companions and all. They spoke so loud that there was no need to eavesdrop to hear what they were saying. I was hesitant to get close to them but I later took the bold step. It was discomforting and made my tummy rumble.
‘Hello’ I said.
They stopped their conversation and smiled at me. There was no nervousness between them and I was forced to relax my nerves too. I introduced myself in short sentences,
‘You all are male escorts?’ I asked with raised brow.
They were three in number. They nodded. The one who appeared to be the eldest in the group took over the conversation,
‘Are you?’ he asked me.
I nodded.
‘What category’?
‘I am gay’.
The moment seemed magical. They seemed to have a sort of unofficial organization where females come for male escorts. They told me they have been looking for gay male escorts to meet the growing demand and that I was in the right place. Everything was happening so fast that I didn’t know how to react.
This was all I have ever wanted; a community where I would be accepted for who I am not live in perpetual fear. We conversed for a while and they asked if I would like to join their organization. I nodded. Finding words was still difficult because I still did not believe that all this was real.
I went back to my apartment with nostalgia. I recalled some of my friends in the neighborhood where I grew up who wanted to be gay male escorts but met stiff resistance. I wished I could get them over to be who they want to be.