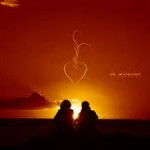 I have been wondering recently, how we all want to be loved albeit in different ways – and how it affects our happiness. Personally speaking, I have had my fair share of experimentation before finally stumbling on what makes me tick. See, I love to be drowned totally in the ocean of love and what more if I can pay for it? Hell yeah! The idea that I could pay for a male escort to make me feel like a queen was something I had always excused on the premise of; “How can a stranger make me happy?”

My first experience though was a wreck, like a 20-ton truck slamming a Kia Rio; and it was completely my fault. I allowed the first-time-syndrome overawe me, and never gave him (the male escort) a chance to please me. All through the call, I felt I had made a mistake. Fast forward some months afterwards, I decided to give another male escort a try, thanks to a blog I read on The Male Escort Agency I had read a woman’s testimony of how “Wow!” her experiences have been. It essentially encouraged me.

I learned a few things from the blog about getting the most out of using a male escort and put it to good use when the time came. I decided to keep things simple and let the expectation build up once I can build a rapport with him. This worked like a charm, and I couldn’t be more grateful for that article; sometimes you think you know but you actually know nothing.

The second encounter I had was way better than the first, although not yet hitting the mark that would make me scream “Eureka I have found it!” But the encounter taught me something; that it gets better with time. At perhaps the fifth try, that Eureka moment came, and I was totally gobsmacked, he had everything – his voice was heavenly; his touch, as soft as a man’s hand has ever felt, and a tenderness belying his strong physique. The chemistry was something else, and I was very glad; it was as if I had stumbled on the gold.

So that’s how I found my Titanic (that’s the size of my ego) self-drowned in the pool of raw manly and caring testosterone; all because I chose to give male escorts a second chance.