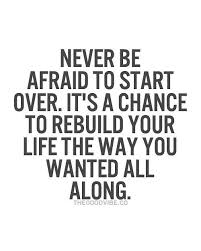 I can still remember the very event that made me become a male escort. While growing up, I was an arrogant kid. I was quick to anger and what happened when I become angry is usually beyond my control. The peak of it was the day my brother took my clothes. I pounced on him, and the scuffle nearly led to his death.

That day I ran away from home and promised myself that I would never return until I have found a solution to my problem. When I was younger, my mum always suggested that we visit a psychologist, but I would always refuse. I hated being around hospitals or anywhere that denoted treating people because they made me look sick. “All I had was a little anger problem,” I told myself.

I left home for an entirely new city. I was sick of people looking at me like a sick man. Heading to a new environment where nobody knew my identity felt like the best thing to do. I settled in this quiet neighbourhood and did a lot of minor jobs to pay my bills; from manning doors and flashing a fake smile at everyone that walked into the restaurant to clean the driveway after heavy snow.

I did these jobs for months until t began to feel like I was running around a big circle. I told myself that I deserved better. That was when I made the decision to become a male escort. Although I must confess that the little jobs I did played different roles in transforming me.

Sometimes I cleaned a long stretch of parking space only to wake up the next day to discover that it had been crowded again. It was a sickening experience, but it thought me to be patient with people who annoy me over and over again. From standing by the door and baring my teeth, I learned it was important to smile even when you are not happy. I picked up one thing or another from all the jobs I did.

I am sure you must be wondering the inspiration behind my decision to become a male escort. Well, it happened when I was working as a doorman. The majority of the customers that entered the shop would walk past me as if I never existed or at best smiled back at me. There was this male escort that would always stop briefly and engaged me in a chat. He did this even though we didn’t know each other.

There was this joy I felt each time we conversed briefly. It’s the kind of feeling you get when you have spent weeks on the sea and suddenly spots a land. After a month, I began to look forward to that brief conversation. He visited the shop very often and any day he didn’t show up was a gloomy day for me.

I closed from work one evening and decided to have a treat in one of the restaurants before heading home. I was walking down the aisle when I noticed him. I was filled with joy and went to sit with him. We had the privilege of talking longer because I was not on duty.

What I didn’t know was that his attitude of starting a warm chat with a stranger had become a part of me. I did it too to the sweeper on the street and to any doorman, I met on my way. He was pleased to have me around too.

It was during our conversation that he told me that he was a male escort. He took his time to explain to me all they did because I was totally lost. When he was done, he asked, “Would you like to become a male escort?”

I was hesitant to answer because I wasn’t really sure I understood what he said. I was more excited about his companionship. After observing his lifestyle for close to a year, I think that is what I want for myself. That was the motivation behind my decision to become a male escort – and I have really missed home. I can’t wait for the day when I would be a better man and beg my family to forgive me.