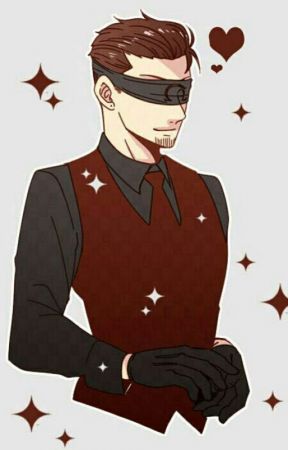 I know many guys out there would think that just because they are gay by sexual affiliation, they can easily become a gay male escort. I used to think like that too until I got into the industry. It was only then that it dawned on me that sexual affiliation was not all that mattered. The key essence you need to become a gay male escort is passion.

At the age of fifteen, I knew I was gay. By twenty one I heard about gay male escort and how the job is a lucrative one. Ever since I got that revelation, I have had this deeper yearning to become a gay male escort. I wanted to live the good life, drive expensive cars, go to clubs and spend huge cash on drinks, own a mansion.

I was of the opinion that the very fact that I am gay would make my elevation in the industry faster. This was because I got to know that not all gay escorts were gay. Some of them were straight or bisexual. The simple fact that I was gay should have given me the edge, right? No, it didn’t. I had to work as hard as everyone else in the industry.

I remember the first time I signed up with my agency. I was still very young then. It is over a decade now, but I still recall the events vividly like it happened yesterday. I arrived at the scheduled time for the audition. If the judgment were based on dressing alone, I would have been ticked with an emphatic god even before I arrived at the venue.

It was a very busy arena. Never in my wildest dream did I anticipate to meet such a crowd. When the series of test started, I tried as much as I could to maintain my calm, but deep down I was tensed. Even if it boiled down to a practical, I was ready. Seeing the fairly large population strengthened me the more.

The tests were multi-faceted, and I was convinced that I would get a spot – and I did. Fast-forward to the day I had my first client. It was a scary moment, one of those deciding moments of my life that I will never forget. From the time I knew I was gay I have always expressed myself indoor but this guy, my first ever client, wanted an outdoor scene.

I felt uneasy. I would have quickly said NO if it was just a friend but from the first day, I stepped into this industry I have been told that the most important task of an escort is to make their clients happy. Most escorts depend on repeat hire for a steady job, and if you fail to please your clients, they will not want to hire you again.

I would have said NO to a friend not because I wasn’t proud of my sexual affiliation. No, far from it. I was the type of person that loves to keep my private life private. In my heart, I pondered why this dude will not just let us stay indoors. There was a lot we could do indoors and still have fun.

“Any suggestions?” I asked him regarding where he would want us to go.

He mentioned the name of the beach, but I didn’t get it and didn’t bother to ask. I was still very tensed and struggling to adjust to this open show. The beach was quiet, and I was pleased that there were not many people around.

One of the reasons why I loved the beach was that there was no shortage of activities unless you just want to lie idle. We played a couple of games together and sometimes against each other. I was becoming used to the outdoor exposure too. The anxiety had dropped tremendously, and I conversed more freely with him.

When I recall this event, it becomes clearer to me that passion was the difference between myself and that my client. I would love to use this opportunity to tell the young guys out there that to become a gay male escort and succeed; you have to be passionate being gay.