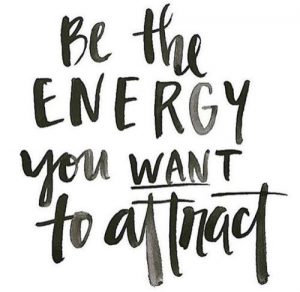 When I was younger, I admired male escorts because I had the impression that it was easy to become a male escort. “They have the coolest jobs in the world,” I used to think until I actually made a move to become one.

Many years have gone, but my perception remains true. It is actually easy to become a male escort, but that is just the farthest the ease goes. Anything beyond the membership stage is a bit of a struggle. The moment you are born male, or you can transform to one, you are already a potential male escort. The only thing standing between you is your choice.

The moment you make a choice, you automatically become a male escort. But, what happens after you have made a choice? I was so thrilled the day I made a choice. I received a rave welcome from the other escorts. They were so delighted to have me join them. It was almost like a welcome party except there was no food and drinks.

I expected the mood to continue for the rest of my life, but it died within a few days. The problem was not from my fellow escorts but the public and my clients. You see, the first thing that I quickly discovered as an escort is that you would need your own box of motivation throughout the years you have decided to spend as an escort.

If you are waiting for anyone to motivate you or look up to anyone for motivation, you are already headed for doom. Within the first few days when my enthusiasm faded, “I would probably get it back the moment I nail my first client,” I told myself. But I was wrong.

Nailing my first client did come with some form of thrill and excitement. The crisp notes in my pocket brought a shallow smile to my face, but all of them were short-lived. At those times when you meet a nagging client or a bully, you would almost begin to regret why you decided to become a male escort in the first place.

When the excitements have faded away, the only thing that will keep you moving is either self-motivation or your passion for male escorting. One of them may be enough to keep you moving, but if you lack both, I can bet that you would not last as a male escort for long. You will want out faster than you came in.

There is a way I handle that gloom, and I would want to share it with you. Towards the end of the year is always a beehive of activities. People travel a lot from one place to another. For us escorts, it is a great time to land big clients.

Earlier in the year, I had already set the target that I would make a certain amount of money by the end of the year. I was close to my target but hitting it was pretty difficult. It was a frustrating moment for me. Then I met this client, a rich chubby lady that has just come into the country and needed to have some fun.

Believe me; you don’t want to become a male escort if you are easily angered or if you cannot place your emotions in check. I was already frustrated with my situation, and this lady was treating me like another employee rather than accord me the respect I needed.

She made me carry her handbag – which by the ways was pretty heavy. Then when we got to the private party where other wealthy men and women were already gathered, she turned me into her errand boy. “Go get this…. Go call that person…”

It is hard working when you are not in the best of mood, and this lady was not making it easier for me. It took my inner strength to keep the companionship going. But at the end of it all, she praised my professionalism – as if her actions were deliberate – and gave me a tip that almost equalled my basic pay.

I added it up, and my target was achieved. What message do I want to pass across to this story you may ask?

Goal setting is the key to remaining a male escort when the trying times snowballs into your life. It is my own source of motivation. Each time I hit my rock bottom, I think back to the reason why I am here, and because I have not reached my goal, I somehow find the motivation to move on.