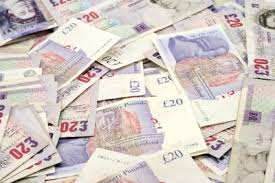 How much is a male escort’s time worth

Time is money. You know it, I know it and we all know it. Only those who put a premium on their time make the most of it; including more cash. It is then not surprising when mouths are left wide open at the mention of the money some male escorts charge and make. At the other end of the ladder are those who just can’t believe a woman will pay such a fee for something they can get for free. I mean, I’ve read a post somewhere where someone asked, “if the guys private part is laden with gold to charge such a fee.” That exactly makes my point for me. The whole point is to consider what can be judged as a fair price for securing the services of a male escort. What factors, if there are any should determine how much a male escort can charge and how much a client has to pay.

To be candid, there isn’t a science for this. But on a personal note, I believe value should be well compensated where it exists. However, that doesn’t take away the arbitrariness involved in the business with fees as high as $7000 per night. You could bat it off as false, but consider the demographic that needs the services of male escorts – rich and successful women, who can afford it. The only question is the justification for the price. While I’m no economist or male escort market guru, here are some thoughts about why some earn more.

Presentation and packaging
To be hired, where you’re found and how you’re found play important roles. In both scenarios, prospective clients come across your profile and like what they see. And unlike certain markets, this is a no-testing trade – you pay before you’re played. Here the presentation has pricked the imagination of the prospective client and won’t mind the price quotes in your profile despite cheaper options. The cover has just been judged.

Demand and Supply
I’m of the opinion that newbie male escorts should start at a reasonable price and go from there. And as you build your experience, client feedback, it’s only natural for you to apply yeast to your fee. This is predicated on the fact that your services continue to be stellar and clients tell their friends and you have a domino effect of increased demand. If you have loads of request, it’s only wise that you’ll pick the one with the highest bid. In a way, a price increase will deal with itself. Although admittedly, there are other tricks to drive your prices up artificially, they would be beside the point of this article.

A very tangible Social Media Presence
A larger social media presence means more exposure and a greater chance of being booked. Once you’re using the platform well to promote your craft and to whet the appetite of your women followers, be sure requests will come your way through those channels. What’s more interesting is the fact you get to be called from all around the world. That’s the reach of social media.

To wrap it all up, what’s fair can be relative and that is absolutely important to this discourse. As long as both parties are satisfied with the terms and the subsequent transaction(the session) turns out well, everyone remains a winner. It’s a free market, little regulation but male escorts have an obligation to be responsible with their pricing. At the end of the day, the market itself weeds out those who don’t deliver value.