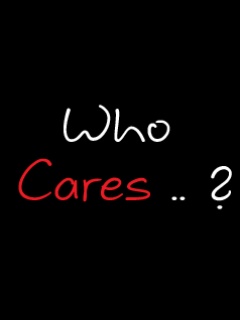 I discovered how selfish we all were as humans when I joined male escorts industries a year ago. All your clients will want you to make them happy but just a handful of them if at all there is any that will look back and think about your happiness.

Probably, this is the view of many escort users. By not seeing the hard work done by male escorts, it is easy not to have empathy towards them. From the first moment I met Sara, her face reflected the bitterness in her heart, but she tried to hide it with a forced smile. Even when we greeted with a hug, I had my reservations.

We started to talk then all too sudden she began to nag. I started to wonder what I had done wrong. I tried all I could to pacify her, but she kept talking at the top of her voice. It is wrong to raise your voice at your client if not I would have drowned her words with mine because I had a deeper and louder voice than her. I kept my cool until she was satisfied with herself. She later apologized, and I kept a straight face and tried to hide the fact that I was angry,

When I talk about security, I don’t mean the fear of bodily harm and all those stuff. That one is an issue for another day. The security I mean here is the job security. Just like employees in different establishments fear that their jobs might be terminated, so do escorts fear that they may never get another chance to prove their worth if one client turns out dissatisfied.

Insecurity among male escorts was worse during the analogue age when you have to scout for clients in the bar or other social events. A single dissatisfied client can ruin your career for life. Back then, when you come into social gatherings to scout for clients, it is not uncommon to have people pointing at you and talking about their bitter experiences with you. This slims your chance of landing a new client.

Thanks to the digital platforms, that job insecurity has been diminished, giving escorts increased the chance of getting new client no matter what their old client may think about them. The client base of male escorts is no longer limited to their immediate surrounding which is a good thing. Let me explain.

There was a day I went to a bar to chill out only to discover that Sara was there. This was few months after our first encounter. She was sitting on a table with some other girls. I waved at her, but she did not wave back. I went to sit in another corner of the bar. While I slowly sipped from my bottle of beer, I noticed that Sara and her friends were occasionally pointing towards our direction. I was too far away from them to hear what they were saying, but their demeanour suggested that it probably wasn’t anything good.

If it were a decade ago, I would have panicked knowing that they could spread falsehood about me which might mean less or no more clients for me. Since I wasn’t comfortable in such a situation, I didn’t judge the future of my career with whatever she said.

Girls have hired me within and outside the city, I believe that even if all the girls in the city stopped to hire me, I would likely get clients from other cities. That is the beauty and flexibility of technology.

However, this does not mean that male escorts don’t still get anxious about their jobs. Contrary to that, they are only encouraged by the fact that they are not limited to a particular location.