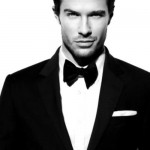 After many years of working as a male companion, I have my reservations that will make me vote any day that every male should work as a male companion for at least a year. I used to be a terrible person until I became a male escort. Below is how male companionship has transformed my life and I believe you will buy my opinion after reading this.

Male companion humbled me
People who got to know me recently without having a trace of my past life will think I am all saint not knowing I was once a menace to my family. At a point my dad had to threaten to disown me and throw me out of the house and he really meant it. I could see the fury in his eyes when he said the words. I had to drop all that trouble the moment I became a male escort because that was the only way I could grow in the business.

Male companionship makes you understand the loneliness
As a male companion, there is a high probability that most of your clients will be people who are lonely or depressed. You will understand the deep hurt loneliness brings as you have closer interactions with your clients. Not only that, after witnessing the height of loneliness, you will learn to value your family and friends who give you company at no cost at all same thing these other people have to pay for to get.

Male companionship makes you patient, Impatience is a normal human trait. We tend to be quick to act, quick to judge and quickest to do everything. As a male companion, you will meet all sorts of clients; the good, the bad and the ugly. If you keep flaring up with every one of them, your career will clap before you ever notice. Patience is probably the first trait you will learn as a male escort and when you do, your life is totally transformed.
The art of giving

As a male companion, you are more inclined to give than receive; all you do is give, give and give. Humans naturally are inclined to grabbing. If you succeed as a male companion, you will be different from every other human out there because your psychology about life must have been remoulded. Personally, you may not notice this subtle change in your own self but those around you will sing your praise every now and then.

Economic importance
If I had continued in my arrogance, I sincerely doubt if I would have lasted up to a year in any establishment. I strongly believe my tale would have been one establishment today, another tomorrow. The problem with companies and industries is that they expect that you should have had these traits before coming in and will do little or nothing to help you acquire the good traits if you don’t already have them. A male companion, on the other hand, accepts you as you are and models you to suit the society. I am doing financially as a male companion but I think the reverse would have been the case if I was doing something else.

Joke apart, I think if I was a woman, I would only marry a man who has been a male companion because they are the ones who truly take their time to understand the complexities of a woman and make efforts to understand her rather than scold her.