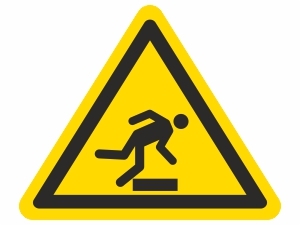 I know a lot of people who got into jobs they didn’t like, but as time went on, they started to love it to the point that they never want to let go. I never thought I would find myself in that situation. In fact, growing up I always bragged that I would never do a job I didn’t like but somehow I got into male escorting. Now I never want to let go.

While I was in high school, I always dreamed of becoming an engineer. Maybe the passion was a rub-off from my dad. He was an engineer, and I admired his outfit each time he had a project to attend. He also exposed me to a lot of engineering programs. Watching men bring gigantic structures into existence was a wonderful sight.

I knew the principle behind the different towers in Dubai. I learned to read wide and in my penultimate year in high school was the first time I learned about male escorting services. At that time I found it absurd. To me, any job that didn’t make you to birth something into existence wasn’t a real job but a waste of talent.

I had a couple of friends who were already admiring the industry – although some of them only thought of it as a side hustle. I never thought of it at all. Fast-forward to graduating from high school. I wasn’t one of the exceptional students, but I joined in the fanfare and cheers and celebration and jubilant shrieks. Each time I recall that day I wish I could rewind time and pause my existence at that moment.

I gave up trying. I concluded that maybe I was never meant to be an engineer. After long deliberation and consultation with my dad, I decided to give sociology a try. It was during my study of sociology that I developed a different view about male escorting. They may not bring something tangible into existence, but they bring joy – which, to me, is far more important than any structure.

While still studying sociology I began to interact with some escorts and got to understand the industry better. When I got out of school, I got a job with one of the firms. I was not satisfied at all. The pay was suboptimal. It wasn’t enough to secure the kind of life I wanted for myself.

It’s roughly seven months since I got into this industry, but I never want to leave. For me now, it is beyond the money. It is about bringing joy to the faces of young people. I usually prefer young clients, particular girls in their early twenties. I have seen girls with all sorts of issues and helping them to find joy again is always more than fulfilling to me.

More recently I met a girl that was in a similar position as me. She wanted to study nursing but has failed twice to meet the requirement for the nursing school of her choice. When you are talking from life experience, it is always easy, and people would believe you easily because of the boldness in your voice.

As a way of encouraging her, I told her my life story and how I finally became part of male escorting services. Her face lit up from listening to my story. Bringing hope and smiles are now my source of inspiration and the reason why I will never want to quit this industry.