There is a popular saying that “No knowledge is a waste”. I will like to add that if you want to work as a male escort, there is a set of knowledge that is paramount for you to have. Without this knowledge, your career would most likely not go far. I would share my experience and some of the necessary things you need mostly the ones that are most important. Others you may need to find elsewhere. 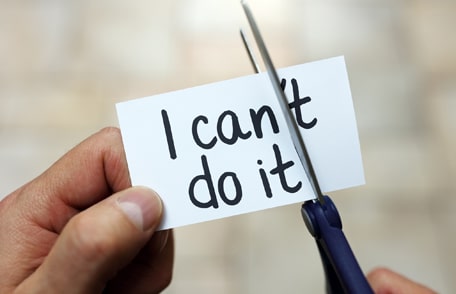 I have worked in different establishments, but the lack of job satisfaction has always been the reason why I easily jumped from one to another. I was 28 when I finally decided to work as a male escort. It was a hard decision to make because I didn’t have the support of my family, but I knew it was the best thing for me. Today my family thinks differently about my job because they now see that it is not as terrible as they have always imagined it.

The only mistake that I made when I chose to work as a male escort was that I didn’t seek for knowledge or what the experience was. In other words, instead of testing the depth of the river with one leg, I dived in. That is something careless to do because you could lose it all. On second thought, life is a risk, and I have come to learn that in most instances, the greater the risk, the greater the reward.

The first thing you have to learn is the importance of taking care of your body. You have to adore your body literarily. Everyone that hires an escort wants to see a guy that looks like a god. They want to see the kind of guy that every girl would want to have. That means that from your hair to the toes nails of your feet has to be properly cared for.

In the escort industry, we rely on repeat hire to keep the cash coming in. Let me tell you one instance. There was a time I was hired by this pretty young lady in her early twenties. Sonya was her name. She was so playful and warm to be with that I would never forget her name and face.

She hired me and like always I showed up at her house in about an hour. I always try to make my clients wait for a short time for me. From the first moment of entering her house, she would not stop complimenting the curls of my hair and my perfume. She reached out to my hair and played with it. She was the first woman that has ever made me blush. After that first hire, she hired me two more times. On one of the occasions, she introduced me to her friends and lied to them that I was her boyfriend and I played along.

Naturally, I don’t play with my body, but when I learned how important to my work as a male escort, I doubled my effort. There were days I spend up to 5 hours at the gym. My trainer used to commend me and said that he had never had a trainee that was as dedicated as I was. I had a purpose which was my motivation, and I was sure it was what the other trainees lacked: motivation.

The second thing I learned was that I needed to have a political affiliation. Before joining the escort industry, politics was the last topic I ever wanted to discuss. I was also not concerned with social issues. As long as it didn’t concern me, I had no interest in it.

There was this client I had that was loquacious. She would never stop talking. As she spoke, she moved from one topic to another, and I found myself struggling to catch up. It was a sad experience that would have easily ruined the day for me.

If you want to work as a male escort, these are some of the things that you should start taking seriously. Democrats and Republicans think differently, but you may have to fit into each of the parties as the case may be and you need to know how they think to be able to fit in.