It is easy to become a male escort, but the experience changes you forever. Some of the habits you thought were impossible to change go away with ease. I would use myself as a case study here and share some of my experiences to let you understand what I mean. 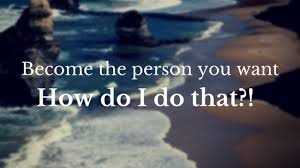 Growing up I gave lots of trouble. I was put up for adoption several times, but I never lasted beyond a few months in my foster home. When I was 16, I was adopted into

this home where the man was an escort. In my usual way, I have lots of trouble; broke ceramics and glass at will but was never scolded nor thrown out.

Since my efforts were not yielding results, I naturally got tired after a while and decided to behave. By the time I was 17 I had a couple of female friends whom I had got really intimate with. Gradually I became a Casanova. The only reason I dated was to have sex with the women. When I have had my fill, I dumped them. it was a really exciting adventure that made me powerful.

I broke a lot of hearts during that two years period. When I look back now, I feel ashamed of myself. I wish I could rewind time to right my wrongs. My foster dad observed my behaviour for a long while – and I never knew he was – and one day he called me for a father and son heart-to-heart talk.

The very moment he told me that we needed to talk, I knew I was in trouble, but I didn’t know the gravity.

“Son, you need to stop!” he said. It was the first time I heard him speak without a trace of humour in his voice. I guess he even had to struggle with his voice to prevent him from sounding angry.

“I can help you only if you are willing to give me a chance”. He retorted.  “Put yourself in the shoes of those young girls. How would you feel if someone did that to you?”

That was the first time I felt a deep remorse for my actions. It had never happened before. NEVER. I bent my head and fixed my gaze between my feet. He spoke on and on, and I began to see things from the other side. I began to imagine what those girls would have felt. It dawned on me that I used girls.

My foster dad spoke on and on, and in the end, he said, “You need to become a male escort”.

“I need to become a male escort? Like, join your business?”

“It will be of tremendous help to you, son,” he said.

For the next few days, I was sober, pondering on all he had said. That was when flashes of past memories, the love some of the girls I have used started to hunt me. I’ll close my eyes, and the memories start playing in my head like a reel.

Up until then – and even now – I still have this weird idea about male escort. I believe that when you become a male escort, you give up yourself to be used by women. This strange idea of mine about male escort made all the difference in helping me decide the next direction my life would go.

“If I used girls, I would only have paid back for my crimes if I let girls use me too.”

I went to my foster father one evening and told him that I have thought about all he said and weighed all my options, and I would want to become a male escort.  He raised his head in surprise. I know he probably didn’t expect me to take his admonishment because I rarely listened to anyone besides my instincts.

I expected the process of becoming a male escort to be tedious; taking written and oral examinations. None of that happened. I was asked a few questions and then began my training. My foster dad was there to assist me all along the way. He gave me more lessons than my instructors and encouraged me all the time with words. I have never seen anyone believe me as he did. Everyone wrote me off as a failure, but he held on – even when it felt like a lost battle.

Today I can call myself a professional escort. The bad habits, drinking to stupor, using women, breaking things, anger issues and so on are gone. I get irritated once in a while but never angry enough to make me want to break things

I have apologized so some of the girls I sued in the past – those I have run into. For those who, I don’t know their location or have a clue on how to reach, I want to express my deep apology. If you are one of them and reading this, know that I am truly sorry.