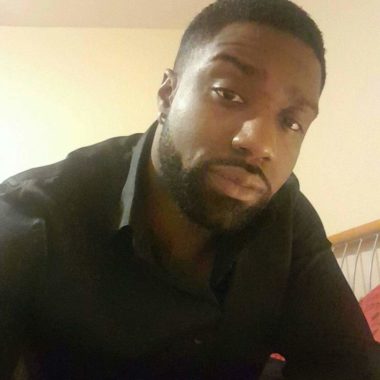 I have worked closely with a few escort agencies in the last 6 months, and all the escort agencies I have worked with agree that there is a rise in the demand for black male escorts. It is unclear why this demand has risen to an all-time high, but I guess it has something to do with curiosity.

I work part-time as an escort, and I have come to encounter girls that talk about black male escorts with so much longing. The way they often drool over them is enough to make us, white male escorts, to become jealous. On the contrary, the first thing you will learn about this industry is tolerance and the need to accommodate people.

Women are really complex, and it can really be a tough task trying to figure them out. I don’t try to figure them; I just try to know the motive behind their actions. When this issue of rising demand for black male escorts stated, I was eager to know what is fuelling the craving. During my part-time work as an escort, I organically steer our conversation towards that direction to get the opinion of my client on the topic.

By repeating this trick a number of times I was able to discover some of the reasons why there is a rise in the demand for black male escorts. I have discovered that girls often live their lives as if they compete with one another. The moment a girl tries something out and showers praise on how wonderful it was, the next moment you will see other girls would want to try the same thing just to make sure.

The rise in the use of social media has stepped up the competition. Most girls now rush to social media to share every moment of their life, and this easily gets their peers or fans jealous, and they would do everything within their power to replicate the same experience and share too – so that they don’t feel intimidated. Like a domino, a trend is created from just a single post.

Again, I noticed that there had been a lot of stuff said about blacks that women from other races are trying to figure out if it is true or not. I was watching a TV show recently where a celebrity was trying to describe her experience with a black guy, and she told her friend, “If you go black, you will never go back”. I am pretty sure that after hearing that, her friend would definitely try to experiment.

Ladies are really curious being and adventurous too – a tad more than men if I should be sincere. This quality has worked in favour of the escort industry. Most escort agencies are constantly working to develop new services to catch these curious ladies. This is partly why there is now a section dedicated to escorts from different races.

Once, during my escorting business, I was in a romantic discussion with my client – that was in the early years of my career. I was trying so hard to find out what women want so that I will be able to improve my services. As we were cuddled up on the sofa, I asked her,

“How do you want your ideal man to treat you”?

“I like to be bullied physically in a romantic way,” she said. “I need my man to physically restrain me from leaving the bedroom sometimes, pick me up from the ground very often. My man needs to be really strong. This is why I love the blacks because most of them know how to build their muscles”.

I have actually asked a few of my black male escorts friends who confessed to me that they had met ladies that drool over them just because of their physique. Luckily, the increase in the demand for black escorts has not led to a significant drop in the demand for other escort categories.

What I think this thing means is that there is generally an increase in the demand for escorts but the black male escorts are favoured because of the crave by women for one thing or the other of which I think all boils down to massaging their ego.