Every career comes together, under a body, in an attempt to make their voice stronger and become more 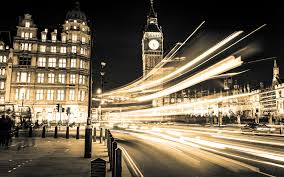 relevant. The various unions help them to fight for their interest in a way that the government or whoever is involved would listen.

In America where I have spent a good part of my life as a male escort, there are sprinkles of such organistions but there are a whole lot of agents. These male escort agents become part of a bigger body which gives them a stronger voice. Since I have been a member of a male escort agent for as long as I can remember, I didn’t quite appreciate their role. Sometimes, I think of them as swindlers making a fortune from our hard work.

A few years ago I relocated to London to ply my trade there. Besides the fact that I think the American male escort market was becoming saturated, I also wanted to explore new environment. I chose London for no particular reason but I guess it is because of some of the things I have read in the past. I had pen pals from London when I was younger and I was impressed about the way they painted the ancient city. They made me have a kind of longing from a tender age. That longing never left me till present day although I have a different feeling about the city now that I am in the city.

When I arrived in London, the first thing I did was to look for a community of male escorts to identify with. If I had found one, getting along the city and finding new clients would have been a piece of cake but because I couldn’t, things turned out differently. It felt like finding myself in the midst of aliens. Although things are becoming a little different now because a god number of London gay escorts websites and agents are cropping up but more can still be done in giving them a voice.

Back then, I had to spend a lot of time in night clubs and parties trying to socialize and getting people know that I am male escort. It was a great effort and took me several months before I could get my first client. I imagined how someone who was not as social as I was would have coped in seeking for clients. What I noticed then was that you have to grow your client base and they called you directly whenever they needed your services. This was sort of inconvenient for the London male escorts and the clients as well because there were times when the client s needs the service of a London male escort but they may not be available or engaged somewhere. The old system didn’t give the clients choice and they either had what their clients or waited for another day.

The unification of London male escorts have to begin by having a more vibrant network that will have all of them registered under them. it will be easier to grow web coverage using a large body than having smaller bodies. This unification will help the clients to be able to have diversity. It will also ease the stress of the London male escorts from traveling long distances to meet a client. Clients can easily look for male escorts that are close to them and easily look for alternative if their preferred male escort is unavoidably absent.

The system is becoming better compared to what it used to be. Now, new London male escorts can easily hook on to an agency that will help them to get the much needed publicity. Unlike I did during my time, they will not have to visit all the night clubs in London or gate-crash into as many events as possible. For me, I think this is the highest progress that has been achieved to this present day. I have long left London and returned back to America but it is my sincere hope that if I should ever have a reason to go back there, I should meet a better system than the one I left behind.